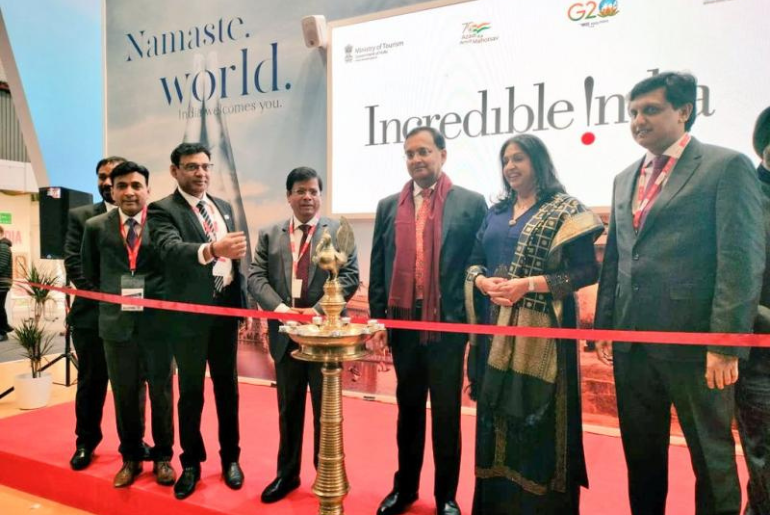 The Ministry of Tourism, Government of India is participating in FITUR 2023 from 18th to 22nd January in Madrid which is one of the world’s largest international travel exhibitions. India’s participation at FITUR is significant to step up the recovery of inbound tourism to pre-pandemic levels.

The Ministry of Tourism has taken a space of 253 sq. mtr., with over 30 participants co-exhibiting with the India Pavilion to participate in the Exhibition. The India Pavilion was graced by the presence the King and Queen of Spain, and was formally inaugurated by His Excellency, Mr. Dinesh K. Patnaik, Indian Ambassador to Spain; Mr. Mohammed Riyas, Minister of Tourism, Kerala, and Mr. Rakesh Kumar Verma, Additional Secretary, Ministry of Tourism, Government of India. Inauguration of India Pavilion was done with Ribbon Cutting followed by Indian cultural performances and Yoga sessions.

The Indian Delegation led by Mr. Rakesh Kumar Verma, Additional Secretary, Ministry of Tourism participated in key business meetings with senior leadership from Melia Hotels International, Palladium Hotel Group, Expedia Group, World Travel and Tourism Council (WTTC), Cushman & Wakefield, and the Indo-Spanish Chambers of Commerce. These meetings facilitated by the dedicated Industry Development & Investment Promotion (IDIP) Division at the Ministry of Tourism managed by Invest India, had discussions around investment opportunities in the Indian tourism & hospitality sector. The leadership from these organizations were also formally invited to participate in the 1st Global Tourism Investors’ Summit being organized by the Ministry of Tourism between 10th – 12th April, 2023 in New Delhi on lines of India’s G20 Presidency. 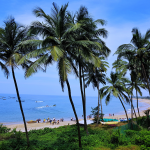 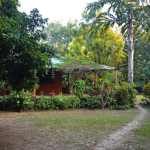