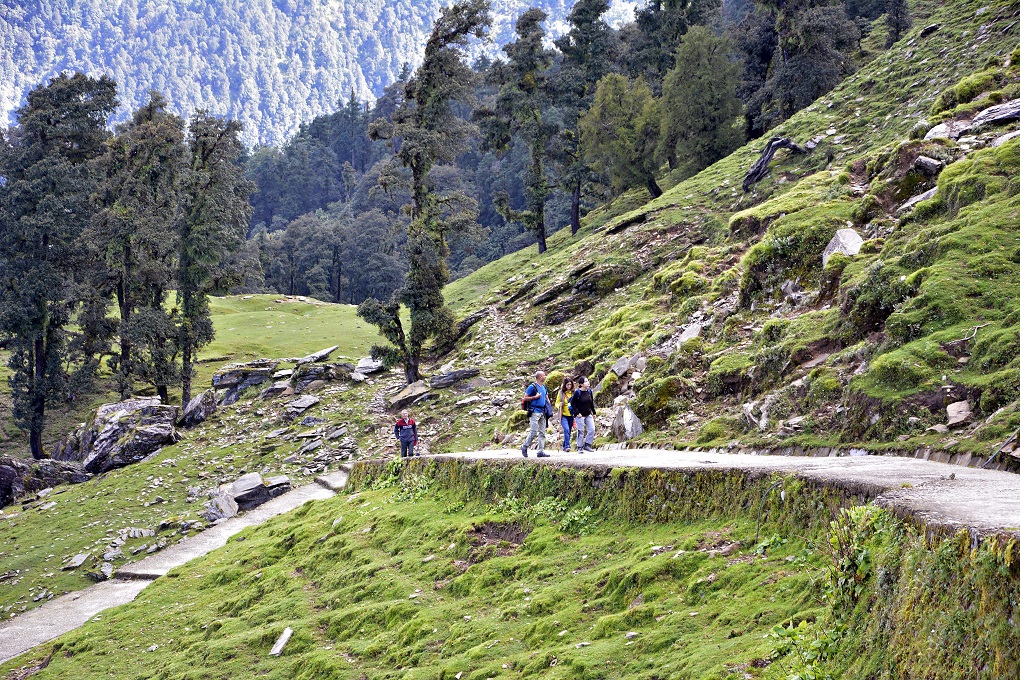 Every second beautiful landscape in our country is popularly called “mini or little Switzerland of India”! This place is no exception to that.  However, midway in the trek route from Chopta to Chandrashila in Uttarakhand, sipping the fresh rhododendron juice while watching the almost 360 degree view of Himalayan glaciers all around us, embracing the green meadows and pines , I knew this place cannot be compared to anything else in the world.

Chopta valley has its own unique beauty. And to experience it with our own eyes we started our journey from Delhi on a September early morning.  We reached chopta – the land of meadows and evergreen forest, just before the sunset. Although it was late in the evening  , the melodious symphony of the birds on their way back home , the cool refreshing breeze , and the scent of forest leaves were enough to hint us about heaven all around us. Soon the darkness engulfed us as we crawled into our tents. The night in this part of kedarnath wildlife sanctuary has a romance of its own. The eternal silence occasionally disturbed by the call of nocturnal Himalayan birds, the hide and seek of the bright blue moon with the clouds, the fireflies dancing at the backdrop of blackness – as if every element of nature has its own mystery to solve . We four friends gathered around our little bonfire, intoxicated with this mystified nature.

We found ourselves all set for the most anticipated trek early in the morning. After a quick breakfast with tea, Maggie and paratha we started our trek.

Unlike many of the treks in the Himalayas here you don’t need to walk a few kilometers to enjoy the real beauty of the landscape. Right from the beginning the breathtaking beauty of the chopta valley – the giant trees, lash green meadows touching the feet of the mighty glaciers all around the landscape – steals your heart in no time. Each and every turn presents you with a spectacular new frame. The entire area has always been a paradise for birdwatchers. Various rare upper Himalayan birds like Snow Partridge, Koklass Pheasant, Kalij Pheasant, Golden Eagle, Bearded Vulture (Lammergeier), Upland Buzzard, Himalayan Owl, Spot-winged Rosefinch, Rufous-bellied Woodpecker, European Goldfinch, Ashy Wood-Pigeon, Fire-capped Tit, Spotted Laughingthrush, Variegated Laughingthrush, Nepal Wren-Babbler, Pied Thrush, Long-billed Thrush, Scarlet Finch, Spot-winged Grosbeak, Golden Bush-Robin, White-browed Bush-Robin, Coal Tit, Fire-fronted Serin, Spot-winged Starling, Himalayan Beautiful Rosefinch etc are found without much difficulties in this part of Kedarnath wildlife sanctuary. Although the star attraction among birders visiting this place is always the elusive Himalayan Monal- the state bird of Uttarakhand.

As we continued our journey, stopping more often than not for taking photographs, the weather condition kept on changing its mood as if in tune with the colours of the natural surroundings thanks to the wide range of biodiversity in the entire zone. When at times the thick layer of milk white fog engulfs you completely, some other time bright sun beams filtering through the old pine leaves brighten your spirit. varieties of Lichens grow here on wood, soil and rock substrates. The Cobra Plant, Arisaema utile, always manages to catch your attention. On reaching an altitude of 9,800 feet approximately, suddenly the landscape changed drastically. In place of giant trees touching the blue sky, we found ourselves in the middle of bright pink colours of rhododendron flowers. As we were enchanted by the beauty of this other world suddenly it started raining heavily. The tired happy souls loved the fresh rain drops and the smell of wet flowers.  That was the time when we spotted the tiny little shelter made of stones and raw woods. The smiling old couple welcomed us. In no time we were all sitting around them all chatting and enjoying the delectable rhododendron juice. There are few people like this couple who come here from nearby villages like Ukhimath during April to October to sell tea and other stuff for travellers, while in winter, the entire area gets covered in snow and temperature can plummet to as low as -15 degree Celsius.

Our trek for the day ended at 12070 feet at Ukhimath. This is also one of the highest Shiva temples located at the second highest altitude in the world after Muktinath(12171.92 feet ), Nepal which is the first highest altitude Shiva temple in the world. Every mountaineer knows about those feelings that cannot be described in words and can only be experienced. A night stay at Tungnath is one of them indeed. As the evening prayer started at the temple with the sound of bells echoing the mountain peaks the clouds cleared for a few seconds and there appeared in the horizon a mesmerizing view of a double-rainbow above the ranges of white glaciers in the evening sky. The magnificent view was there for only a few seconds before the darkness engulfed the entire land and our camera shutter never stopped clicking.

The night let us witness the torrential rain of the high-mountain. The super delicious hot khichuri and potato fry at the little cosy hut of Ganesh, the temple staff made the perfect end of an amazing day. We never knew when we all fell asleep listening to the rhythmic sound of rain drops and wind.

” The fog has risen from the sea and crowned
The dark, untrodden summits of the coast,
Where roams a voice, in canyons uttermost,
From midnight waters vibrant and profound.
High on each granite altar dies the sound,
Deep as the trampling of an armored host,
Lone as the lamentation of a ghost,
Sad as the diapason of the drowned.

The mountain seems no more a soulless thing,
But rather as a shape of ancient fear,
In darkness and the winds of Chaos born
Amid the lordless heavens’ thundering–
A Presence crouched, enormous and austere,
Before whose feet the mighty waters mourn.” ( NIGHT ON THE MOUNTAIN, By George Sterling)

It was complete darkness and bone chilling cold at four in the morning when we started our trek for Chandrashila. Apart from the excitement and anticipation the only positive thing was the night sky full of smiling stars and there was no sign of rain. Those of you who thought Chopta –Chandrashila trek is easy, must be careful about this small but treacherous and tricky part. One , in order to reach there during sunrise you need to leave in the darkness. Two, unlike chopta – tungnath there is no proper trek route and there are a number of dangerous turns and chances of getting lost.

As they rightly say, if you have not seen the sunrise from Chandrashila you are missing one of the best things in life. Standing there in the middle of nowhere at 12,106 feet above sea level, looking at the 360 degree panoramic view of greater Himalayan peaks including Nandadevi, Trisul, Kedar Peak, Bandarpunch and Chaukhamba , all at either eye level or below, while golden sun lights falling into those white glaciers  – one can experience the two contrasting philosophies of being such a small part of this magnificent universe and also, one of those luckiest persons on the earth to experience these realization, both at the same time !

As we were on our way back from the Tungnath after a glass of much needed hot tea, to everybody’s surprise a pair of monals quietly landed on the ground just a few meters away from us. We stood motionless in awe and admiration of the beauty of these elusive birds. In a few seconds they flew away leaving behind the memory of a lifetime frame of those heavenly colours flying towards the blue sky at the backdrop of the White Mountains. 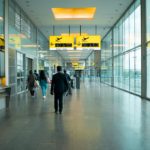 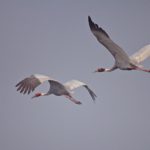