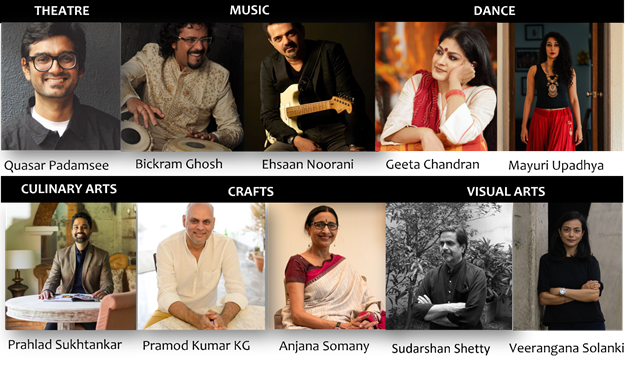 30-08-2016, New Delhi: The fifth iteration of the Serendipity Arts Festival 2022, scheduled to take place from December 15 through December 23 in Panaji, Goa, has a lineup of curators, according to the not-for-profit Serendipity Arts Foundation. The festival was conceptualised with a vision to energise arts production, awareness, and practice across South Asia. The Festival comes back after a two-year break brought on by the pandemic, with a lineup of immersive and interdisciplinary programmes conceptualised by a panel of renowned curators from the performing, visual, culinary, and craft industries. The Festival, which is spread out over 10 locations and has the Old GMC Palace at its centre, will continue to uphold its core values of sustainability, inclusivity, and accessibility with a marketplace that focuses on locally produced, sustainable goods, produce workshops, and children’s programmes for people with special needs.

Anjana Somany will bring the world of craft and its rich traditions of materiality to life through space-making, while Pramod Kumar KG, who is curating the section on Craft, will emphasise the world of specialised publications on the art history of India through a singularly immersive display. The Serendipity Arts Festival’s theatre segment will be directed by Quasar Thakore Padamsee and feature a diverse range of plays; the festival’s significant culinary component will be curated by Prahlad Sukhtankar through communal meals and a series of cooking demonstrations.

Bickram Ghosh and Ehsaan Noorani will curate Music with a wide range of live concerts covering a multi-genre range of classical, folk, indie pop, and rock. Geeta Chandran and Mayuri Upadhya will put together classical, experimental and contemporary dance performances and workshops this year. Visual Arts curators Sudarshan Shetty and Veerangana Solanki will showcase filmmakers to operate and explore the post-pandemic transition from the virtual to the physical. Speaking about the Festival and its importance for culture and society, Mr Sunil Kant Munjal, Founder Patron, Serendipity Arts Foundation, said, “In our attempt to grow the economy over the last many decades, the enormity and significance of India’s cultural heritage and its arts often gets missed. As a result, we have allowed the arts to go into decline. This festival showcases the many dimensions through which the arts and culture touch and enrich our lives. Through the many diverse programmes and events, we hope to get more and more people interested and engaged, in the process enhancing one of the most fascinating aspects of India’s true soft power.” 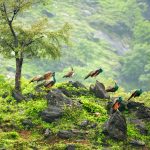