According to an early survey of the yesterday’s flood disaster in Uttarakhand ‘s Tapovan Vishnugad hydropower plant shows the dam has been “completely washed off”, Indian Air Force sources said on Sunday.

Pictures from reconnaissance flights showed the dam, located at the confluence of Dhauliganga and Rishiganga rivers – around 280 km east of state capital Dehradun, destroyed. Two bridges at the entrance of Malari valley and near Tapovan have also been washed away completely.

This is also reported that the main road between Joshimath and Tapovan, however, is intact. Construction work and hutments in the valley have been damaged.

12 people were rescued from one tunnel y’day. The second tunnel is being cleared with the help of JCB machines to rescue. Union Minister Ramesh Pokhriyal Nishank in Uttarakhand has said that  “It’s a very difficult situation, but ITBP successfully rescued people from 1st tunnel & now they’re working on 2nd tunnel which is approx 3 km long. NDRF&military are also on it. By afternoon we can expect some positive results. “

Owned by the state-run NTPC Limited, the 520 MW Tapovan hydro-electric project was being constructed at a cost of nearly ₹ 3,000 crore. 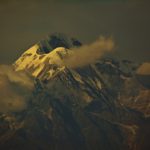 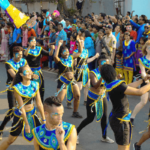