India is the home of 75% of total wild tigers on earth and also enriched with a multitude of rich biodiversity and fragile ecosystems and habitats. Conserving these huge habitats is only possible through dedicated and consistent conservation effort in policy, administration and fieldwork out in the wild. Indian Government has demarcated inviolable protected areas like tiger reserves, national parks, and wildlife sanctuaries to protect wildlife. Wildlife conservation is typically a harmonious fraternity of ‘spirited’ frontline staff, successful protection and conservation strategies by foresters complemented with community development by government and NGOs. To assess the effectiveness of tiger conservation, India conducts nationwide tiger population estimation every four years using scientific methods like camera trapping, scat analysis and DNA investigations. India has showed a promising rise in tiger population from 1411 in 2006, 2,226 in 2014 and 2967 wild tigers in 2018. Russia has the next highest population of tigers, followed by Indonesia and Malaysia respectively.

In most of the premier tiger reserves which are tiger source populations, tiger numbers have increased. Tigers are territorial species and due to lack of space, tigers are now dispersing outside the protected areas into reserve forests and looking out for other alternate sites to stabilize and sustain. Tigers and other wildlife use forest patches or corridors to disperse or migrate. Thus the need to both maintain and restore these corridors or ‘ecological connectivity’ is critical for conservation. This is a paradigm shift where the current focus of protection and conservation has now shifted to the forests outside the protected core. It is important to ensure that protected and other conserved areas are well-connected across landscapes as part of ecological networks. This will both maintain biodiversity and provide an opportunity for species to adapt to climate change and avoid genetic inbreeding.

These forests patches outside protected areas are human dominated and fragmented by super highways, rail tracks, mining sites, human settlements or farmlands. Often inhospitable for a tiger’s survival, these zones often become areas of conflict when they confront humans and cattle in huge numbers unlike life inside a secure core habitat. The conservation in such areas is complex where participation of communities plays vital role.

Tiger is a live indicator of our ecosystem’s health. Tigers do not settle in places where habitat is not conducive. A tiger cannot live in places where forest cover,prey species and water sources have vanished. Saving the tiger would mean saving a large track of forest which it needs to survive. A tiger feeds around 18-40kg of meat in a single feed, starting from the rump. Without interruption, it may take around 3-6 days to finish the meal. In India, it is estimated that if a single tiger hunts every 8-9 days, then on an average a tiger would need about 54 ungulates each year. To make sure that there is adequate prey base for sustainability, we must make sure that the woodlands, grasslands, meadowsand water streams that these prey animals need to survive are protected. In this way, the entire forest ecology from the forest floor to the canopy and all its denizens – algae, ants, termites, bees, spiders, frogs, bats, birds & fishes all become secure under the initiatives of tiger conservation. Forests also act as air and water purifiers and help maintain groundwater levels and protect against soils erosion. By destroying the tiger’s home, we not only harm tigers and wildlife, but also ourselves. Saving it, is providing ourselves with a clean environment and securing a future. Tiger has thus become the umbrella species for wildlife conservation in India.When a forest is protected, along with the tiger, the entire ecosystem that it encompasses comes under the protected jurisdiction.

Tigers are mega-fauna whose presence itself instils a feeling of respect and admiration. It is human nature to get attracted thus help in creatingthe instant attention that is vital for conservation awareness. Awareness is then all about creating the love for nature, help appreciate our beautiful natural world and then inspire to participate in conservation action. Publication of interesting facts and easily understandable content on conservation help in being conscious about what role a species play in our entire cycle of life and why conservation is important. Conservation action comes naturally with acceptance and adoption.

Media also play a pivotal role in conservation. Successful conservation stories help to maintain confidence on future conservation projects and initiatives.  News reporting of ‘stray incidents’ oftiger-human conflictmust be done responsibly and with due care. Animal conflicts are individual specific not a behavioural aspect of a species as a whole. News drives human perceptions and lead to false interpretations. A successful conservation program can be easily derailed by a misreporting of facts. Reporters must be sensitized on the complexities of conservation, environmental and wildlife reporting.

Let us live an eco-sensitive life and help to keep the tigers safe in our jungles!

All photographs used in the article are taken by the writer.

Nirmalya Chakraborty is a passionate nature lover and a wildlife explorer. He has travelled to various global pristine habitats and has documented unknown animal behaviour and key issues of conservation through strong storytelling and photojournalism. He has travelled to the Yellowstone to photograph wolves’ behaviour, tracked the rare Hawaiian goose in the volcanic islands of Hawaii, embarked upon an expedition up to the Alaskan Arctic and studied impacts of climatic change on the last remaining Beaufort Sea population of polar bears. He is the chief editor of Jungle Rhythms magazine . His photographs has won various international awards as National Geographic and exhibited in many international exhibitions and published in books, magazines and research papers. 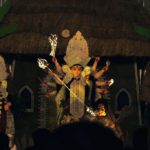 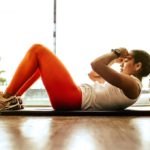