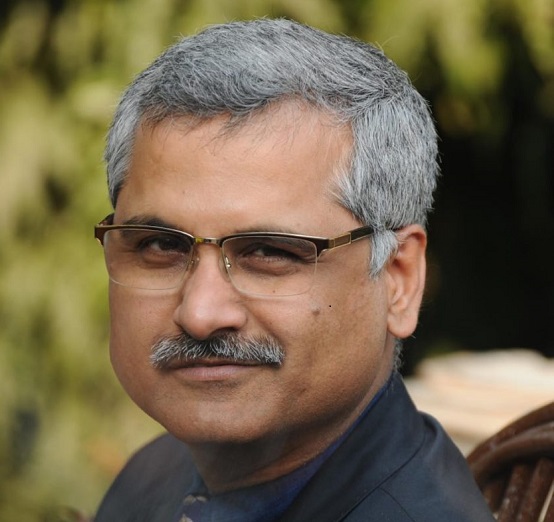 Mr. Sanjay Kumar Pathak , CCF & Field Director, Dudhwa Tiger Reserve ever since he has taken the hot seats, has been known for his commitments, bravery, lead by example and no-tolerance attitude towards the conservation and protection of wildlife. Dudhwa Tiger Reserve, one of country’s most beautiful landscapes in the map of wildlife parks is also bag full of challenges and road blocks for forest management and authorities. Mr. Kumar has not only faced these challenges in his career but in most cases has come out as a winner, much to the delight of the nature and wildlife lovers.

Someone who is known as a man of integrity and discipline how you will describe your professional journey so far ?

It has been very satisfying so far. I could not have asked for anything more. I joined the Indian Forest Service by choice. Since my childhood days, I used to aspire for this service as I was having a great liking for forest and wildlife. I was very much interested in studying the ethological aspects of wild animals. I consider it as a god sent opportunity to be in this elite service, where one is serving those who are not in a position to express themselves, i.e. the wild creatures as well as a variety of flora and fauna. Ultimately, by conserving the biodiversity, the forest officers are serving the mankind.

I have served in various capacities in the State Government of Uttar Pradesh as well as the Govt. of India. I could serve in forest divisions which were notoriously known for illicit mining, illicit felling, and were having unwanted influence of criminals and mafias. Besides, I also got an opportunity to serve in the research and training wings of the forest department. Lastly, I served in the Dudhwa Tiger Reserve, where as Dy. Director, I had the distinction of getting one area of Dudhwa National Park vacated, which was there in unlawful possession of people, who were using it for commercial purposes since the days of independence. One  remarkable thing with this case was that its journey from the court of Prescribed Authority (which was myself) to the Hon’ble Supreme Court took only 10 months, which is probably the least in the history, if the time taken from the lowest to the apex court is taken into consideration. I had a very fulfilling and satisfying tenure of 07 years (July, 2011 to July, 2018) in the National Tiger Conservation Authority (NTCA), Govt of India and served there as both Assistant Inspector General and Dy. Inspector General. I joined back in my cadre in the year 2019 and got posted to Dudhwa Tiger Reserve in July, 2019 as Chief Conservator of Forest & Field Director.

Dudhwa Tiger Reserve has always been cherished by the wildlife lovers as the off- beat, less crowded and a land of virgin and serene natural resources. At the same time, PR, commercialization and tourist mobilization are important for revenue generation of the sector. How are you balancing both the aspects?

It goes without saying that the primary idea of conservation is to protect the prime wildlife habitats for posterity, so that the wildlife, which is already bearing the brunt of immense biotic pressure from all quarters, could flourish in the limited area available to them. Tourism, per se and revenue generation is ancillary activity, which can’t get precedence over conservation. We try to showcase the kind of efforts we have taken to conserve our natural heritage in the form of flora and fauna, yet we don’t encourage unsustainable model of tourism, which is detrimental to the forest and wildlife.

As per reports the incidents related to locals running into predators resulting many human death and injuries in Dudhwa-Pilibhit area in past years, were mostly due to people venturing into the forests and not the other way round. What’s your view on this?

This is true to a larger extent. Most of the human-wildlife negative interface related incidences are by chance. People, particularly in buffer area, which has got an inclusive agenda, have some dependence on forest and they venture into the forest area undermining the presence of predators, violate the critical distance and become victim of chance encounters. They sometimes go into the core area also along with their cattle and by mistake fail to appreciate the presence of predators there. The predators sometimes do stray outside forest and move in human habitations, particularly in the adjoining sugarcane farms, being unable to appreciate that those farms are not part of forest and the crop there is not the same species of Saccharum, which is present inside forest.

How’s the long lock down period changing the wildlife?

It has given them time to rejuvenate. The wildlife is visiting those areas, which were comparatively invincible for them earlier. They are venturing into new areas in a care free way. Specially, their presence has been found on linear infrastructures in a more convincing way.

As predicted by many experts the unfortunate pandemic situation affected the livelihood and economic conditions of all, including the poor people attached to the forest land and core areas. As a result, the post lock-down period might see an increase in illegal logging and hunting activities. Do you share the same thought?

No, I don’t think so. Because of the Covid-19 pandemic, we were constrained to close the tiger reserve for tourism on 18th March, 2020, around 03 months before the usual closure time. The Government of UP came out with a benevolent scheme of providing free ration to the needy people everywhere and villages adjoining Dudhwa Tiger Reserve were no exception. We have not seen any unusual rise in any crime related to forest and wildlife in the monsoon session, of course with sheer dedication and vigilance of our frontline staff.

What is the road ahead? Your plan for DTR

I would like to quote the famous lines of Robert Frost –

” The woods are lovely, dark and deep,

But I have promises to keep,

And miles to go before I sleep,

And miles to go before I sleep.”

We have lot many things to do. We have done significant things in the field of enforcement and anti-poaching. We have undertaken habitat improvement works in a much intensive way. Revival of the eco-development committees, which were in the dormant stage, are already in offing and soon most of them will be active. The reserve administration is committed to enhance the living standards of the people living in vicinity of the tiger reserve by imparting livelihood trainings and undertaking several other activities. They will definitely be of much help in mitigating the negative interface between the reserve administration as well as the people living nearby. Research is another field, which is given much importance now. We are inviting institutions like Wildlife Institute of India to undertake research activities in our tiger reserve on various aspects so that need analysis may be done and we may be in a position to fulfil the gaps. Human Wildlife negative interface related incidences have to be minimised and for that we are going to undertake some scientific projects through which we should be in a position to address the problem in a much comprehensive way. 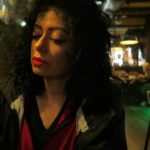 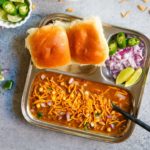