North East Festival is Back in The Capital This December 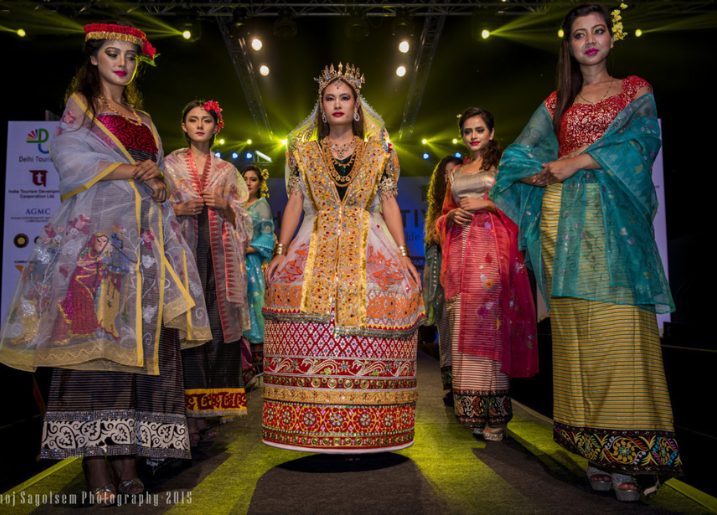 New Delhi, December 9, 2022: This Christmas, get ready to revel in the spirit of Northeast India’s vibrant culture. The capital’s biggest and most awaited fiesta – North East Festival – is back! Experience the diverse food, crafts, and culture of the region, under one umbrella. It is scheduled to take place from December 23rd to 26th, at Jawaharlal Nehru Stadium (gate no 14), New Delhi.

The tenth edition of the North East Festival will be inaugurated by G. Kishan Reddy, Union Minister for Culture, Tourism and Development of North Eastern Region (DoNER), Government of India, and expected to be graced by Piyush Goel, Minister of Commerce & Industry (2019-present), Consumer Affairs, Food & Public Distribution; Sarbananda Sonowal, Union Cabinet Minister, Ministry of Ports, Shipping and Waterways & Ministry of Ayush; Kiren Rijiju, Union Minister of Law & Justice, and respective Chief Ministers of the region among other dignitaries. 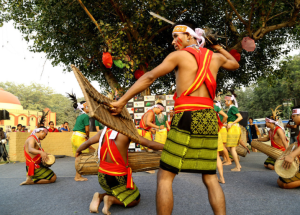 Since its inception in 2013, this larger-than-life festival has contributed towards a significant rise in boosting tourism in the North Eastern states. The first seven editions were organised from 2013 to 2019 respectively at IGNCA, Janpath, New Delhi, and witnessed massive crowds. The last two editions were held in Guwahati, in a hybrid model, due to the insurgence of COVID-19.

Chief Organiser of North East Festival Shyamkanu Mahanta said, “After two years of lockdown, social distancing, and various COVID-19 protocols, we’re delighted and excited to be back to our favourite place; i.e., Delhi. The city has always given us love. As the name goes, North East Festival – Connecting people Celebrating life – is a festival that celebrates the beauty, diversity, and integrity of North East India. ”

The 2022 North East Festival has an exciting line-up of colourful dance dramas, music performances, mask presentations, fashion shows, open-mic sessions, and much more. A North East Rock Battle will be organized among various rock bands from across India. As many as 50 food stalls will present various food items not only from Northeast India but across Delhi-NCR to encourage cross-cultural awareness and exchange. Ever-enthusiastic food lovers should try out jadoh, sanpiau, iromba, masor tenga, smoked pork, and more. The musical extravaganza includes exclusive artists from different genres – from folk to rock, pop to jazz. Bands include Klanjan (Assam), Innocent Eyes (Manipur), Traffic Jam (Manipur), Flying Cupid (Assam), Bipul Chetri & The Travelling Band (Sikkim/Darjeeling), Trance Effect (Nagaland), Taba Chake (Arunachal Pradesh), and Jessie Lyndoh (Meghalaya). Other popular artists and bands include the poster boy of Assam Zubeen Garg, Achurja Barpatra, and When Chai Met Toast. The nights will also witness electrifying performances by star DJs from the region. Another highlight will be the battle of the bands – a rock music competition – for the youths of North East and Delhi. 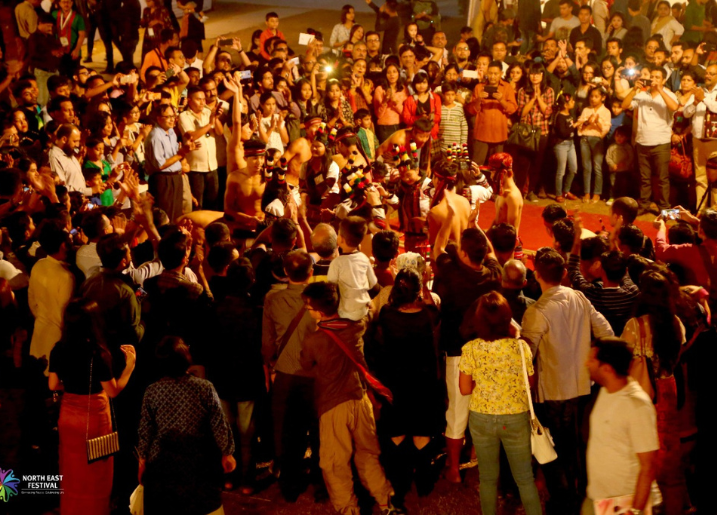 The fashion shows will see 16 designers of the region featuring local fabrics and designs on models and celebrities from the states. The exhibition arena, which aims to showcase ‘Made in North East’ products, will have an MSME zone, wherein more than 100 MSME entrepreneurs of North East India will showcase agri-horti products, handloom, handicrafts, processed food products and much more. Around 140 stalls will be put up for this exhibition and a marketplace will be created wherein visitors can explore and buy authentic and original products from the region. Additionally, tourism stalls will be set up to promote the region’s popular and off-beat places.

A booklet titled ‘Know Your North East’ will also be launched in the presence of North East India’s icons, which will further be distributed in schools and universities for educating and inspiring people to explore and identify the region’s rich heritage.

Along with culture, gastronomy, entrepreneurship, costumes, the festival will also celebrate regional art forms and languages, adding to its diversity and vibrancy. 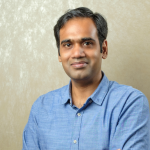 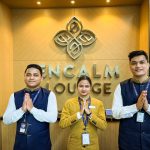