Delhi, March 01, 2021: A state support agreement was signed between Noida International Airport (NIA) and the Government of UP in Lucknow today, in the presence of Honorable Chief Minister of Uttar Pradesh, Shri Yogi Adityanath, Sri Rajendra Kumar Tiwari, Chief Secretary, Government of Uttar Pradesh, Shri S.P. Goyal, Additional Chief Secretary, Government of Uttar Pradesh, Shri Arunvir Singh, CEO, NIAL, Mr. Christoph Schnellmann, CEO, NIA and Ms Kiran Jain, COO, NIA. The agreement lays down the State Government’s support to establish and continuously improve surface access to the airport, establish and expand utilities required to run the airport (water, electricity, waste water), maintain law and order, including monitoring at the airport and grant the necessary clearances to build and operate the airport. The agreement marks another important milestone towards the implementation of Noida International Airport and the much-needed aviation infrastructure in the NCR region and in Uttar Pradesh. UP government’s continued support towards the project has been integral in enabling YIAPL in building a world-class airport. This partnership will bring progress to the State of Uttar Pradesh and will bolster the Indian aviation’s growth story.

Mr. Arunvir Singh, Chief Executive Officer, NIAL, said, “The state support agreement with Noida International Airport is a step further towards the development of a truly world-class airport in Uttar Pradesh. We are eagerly looking forward to the construction of the airport as it will bring more job opportunities in the state, while heralding economic growth. We are confident that NIA will be the benchmark for a digital, sustainable and state-of-the-art airport not only for the state but for the whole country”.

Mr. Christoph Schnellmann, Chief Executive Officer, Noida International Airport said, “Noida International Airport is pleased to sign the support agreement with the Government of Uttar Pradesh today. This is a significant milestone for the project and a testament of the strong and growing partnership between NIA and the state government of Uttar Pradesh. Surface access to the airport will be critical and we are delighted to see the government’s strong commitment to this aspect with the early development of the Metro extension from Greater Noida to NIA airport terminal, the integration of an airport terminal station for the upcoming Delhi Varanasi High Speed Rail Link, as well as the link highway to the Delhi-Mumbai Expressway. We are committed to build this world-class airport in Uttar Pradesh and look forward to actively invest and participate in India’s aviation growth story”.

NIA is envisaged to become India’s first net zero emission airport and is very pleased with the proactive stance taken by the UP government in its UP solar energy policy 2017. NIA is also planning to produce and consume renewable energy for the airport and is engaging in active discussions with the UP state government on supporting measures such as VAT/ GST exemptions on procurement of equipment related renewable energy, on cross subsidy charges and wheeling/transmission charges as well as on exemptions on open access charges to make our sustainability investments financially viable.

The upcoming greenfield airport for Delhi NCR, NOIDA and Western UP catchment area will provide a seamless travel experience while merging Swiss efficiency and Indian hospitality. NIA will provide a modern and seamless passenger experience as well as a broad range of commercial offerings for families with children, elderly travellers as well as the travelling business community. The design of the airport will encompass parameters such as short and efficient passenger flows, digital and tech-enabled customer services, and commitment to minimal environmental impact. A state-of-the-art flexible and modular logistics infrastructure will support the growing logistics demand and our logistics partners.

Recently, India Ratings and Research (Ind-Ra) rated Yamuna International Airport Private Limited’s (YIAPL) proposed term loan as A- and stable. The rating reflects the moderate construction risk, significant traffic growth potential in the Delhi-National Capital Region, the stable regulatory regime of the sector, the strong financial profile and long-standing experience of the sponsor ZAIA in the airport sector as well as a suitable debt structure of the project.

Flughafen Zürich AG is a listed company that operates Zurich Airport as a diversified business and licensee of the Swiss Confederation. With a workforce of over 1,700 employees, the company generated turnover of CHF 1,210.1 million in 2019. 33.3 percent of its shares are held by the canton and 5 percent by the city of Zurich.

Zurich Airport is Switzerland’s gateway to the world. Over 31 million people arrived at, transferred via or departed from the airport in 2019, making it not only the region’s most important transport hub, but also the leading meeting place. With around 280 companies employing almost 27,000 people, Zurich Airport is a key economic driver for the region. 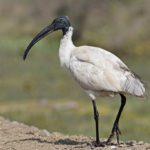 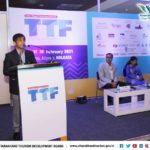