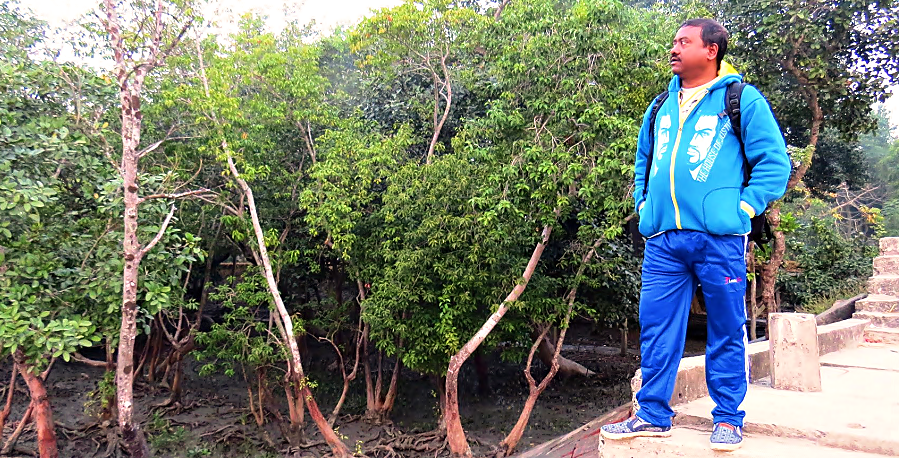 Around 15 years ago, Advocate Mantu Hait could have chosen to lead a life just like most of us  as middle class, ordinary citizens would have preferred to in his position – going to office in the morning , focus on career, making sure to a safe and secured future for himself and his family. Instead, he “took the one less traveled by, and that has made all the difference”.  Mantu Hait, now 45, from Kolkata, is the man responsible for today’s ‘Chetla Forest’ the soul-soothing and refreshing green patch in the middle of the concrete jungle in Kolkata. This is the result of his 15 year-old struggle which he has started all alone as a young man with a dream to contribute to the cause of eco-conservation.

How it all started?

My urban forestation work through Guerrilla plantation started around 15 years ago on this Chetla Forest – the abundant land that belongs to Kolkata Port Trust. All I had were a small patch of land, some botanical weapons, and quite a bit of subterfuge. The land is a vacant plot positioned between Durgapur Bridge and Majherhat Bridge in Southern Kolkata.

At the age of 14 years I first started to go there with my school friends and local friends for playing foot ball, cricket etc. I remember as a child I used to enjoy a lot of birds flying and nesting in the area. But by the time I had completed my high school in 1994 I found all the big trees gradually dying there slowly turning the entire surroundings nothing but a garbage storage.

Shocked and heartbroken I wanted to do something, but what a college student with no money would have done? But then, I did not surrender. With limited money and no power I did try to do some plantations that time also. After ten years I started my professional carrier as an Advocate and immediately resume my work on plantations in the area with whatever money, connections and time I could manage. In the year 2005, I learned the concept of guerrilla gardening. The term Guerilla gardening is usually coined for do-gooders who plant and tend to greenery on urban plots they do not own or have a legitimate claim to. Usually, these are government plots; in rare cases, they’re private but neglected or abandoned. I started the procedure by sowing of various native and indigenous seeds of Indian origin in the summer which came out naturally in rainy season.

All these times it has been a lone battle for you. But eventually your work has been noticed and you started getting support from outside...

Yes, thankfully support from outside started coming, eventually after five to seven years. In the year 2010 to 2012, NGO Prakiti Samsad donated me 7000/- for plantation in this area and in the year 2012 the local organisation namely Alipore environment association has donated 5000/- for plantation.  I have given a name of this one kilometer wild area – Chetla Forest which is locally known as khal parer jungal. During this time, my four likeminded friends Sandip Sharma, Bubai Dolui ,Sanchita Das and Maswani Ghoshal joined with me and together the team started regular plantation works. Gradually we found many outsiders, morning walkers slowly joining with us and started showing interest and also started actively participating with our activities. It was nothing sort of a heart-warming emotional sight for me. Since last five years so many NGO and other Govt and Non Govt organization came to the area.

What is the present scenario?

Officially the land always belongs to the Kolkata Port Trust.  Unfortunately, it is feared that KPT plans to build multi-storied complex projects in this place in place of an urban natural forest. This forest supply Oxygen to the local people of Alipore Chetla New Alipore Behala Kalighat about ten kilometres radius area and filtered lots of carbon die oxide gases emitting from the vehicles running in three busy bridges -Durgapur Bridge, Majerhat Bridges and the new one called Belly Bridge. Since last so many years we have planted thousands of trees turning it into the lungs of south Kolkata and now, it is under threat again.

An effort like this is not only beneficial to the environment and conservation of flora and fauna even in the age of demonic urbanization, it is also an inspiration to the thousands of people like you and young students who wish to work for the greener earth. Have you been trying to spread the words?

In the year 2018 we created a Face Book Page namely Wild Life Of Chetla Forest, because we found here from last 15 years more than 150 species of plants, 100 of butterfly, Birds (local and migratory), at least 10 mammals. Over the past decade, mango, sheesham, plum, guava, tamarind and Asoka trees have come up on the 1-km-long strip. My friend Arjan Basu Roy and his NGO – Nature Mates Nature Club listed the name of the trees of this place by their experts and they have found more than 150 species of trees. One can understand the importance of this land in terms of bio-diversity specially in these age of dangerous pollution level in the big cities.

What message you like to give to our readers?

In this regard I give a message to my Indian citizen please save this urban forest and create more urban forests in your local area to make a healthy society and environment. 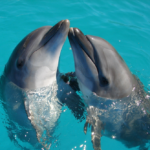 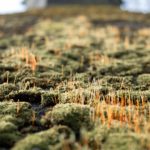