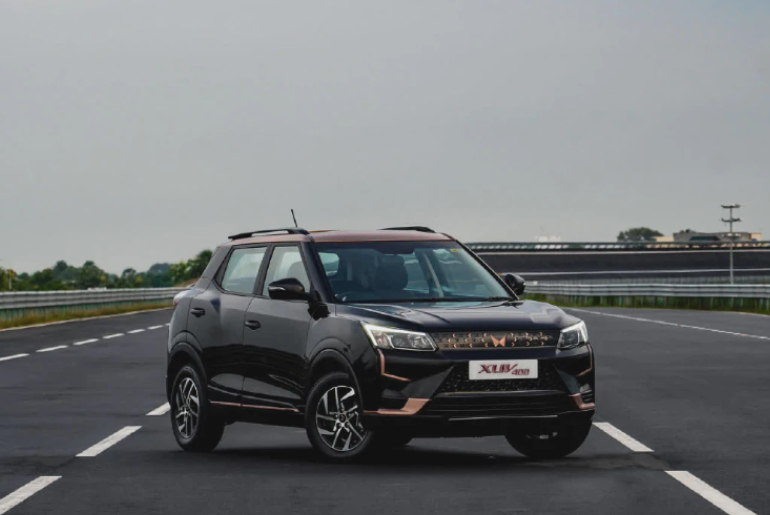 Mahindra announced that the exclusive edition of All-Electric XUV400, is set to be auctioned. The proceeds from the highest bid will be given for a social cause and distributed amongst Mahindra Sustainability Awards winners towards Clean Air, Clean Energy, Green Mobility and Clean Water. The SUV will be handed over to the winning bidder by Mr. Anand Mahindra, Chairman, Mahindra Group on Feb 10, 2023.

The one-off exclusive edition, designed by Mahindra’s Chief Design Officer Pratap Bose in collaboration with young, revolutionary fashion designer, Rimzim Dadu was first showcased at the Mahindra Tech Fashion Tour on November 28, 2022. The winner will also get an exclusive pass to witness the India inaugural round of all-electric FIA Formula E championship in Hyderabad on 11th February, 2023.

As you move inside, you would notice luxuriously designed leatherette seats, with an intricately crafted Rimzim Dadu blue embroidery. This design space unfolds further as you lower the second-row seat armrest, where you would be charmed by the subtly crafted logo detail which seats proudly on a premium leatherette material. The designer-duo has also imagined a range of accessories such as the cushions, seat belt cover, keyholder, carry-with-you pouches and an everyday use premium duffle bag, all trimmed in Rimzim’s exclusive metallic fabric material.

Pratap Bose, Chief Design Officer, M&M said, “The Mahindra XUV400 is fast, fun and futuristic. Mahindra design stands for creating products that appeal to the heart of our customers and we call it HEARTCORE DESIGN. It’s about bringing the emotion of car design and the toughness of our products together to create unforgettable experiences. We collaborated with Rimzim Dadu because her work is at the true cutting edge of design. Its futuristic, it’s fun and its beautiful. It blends technology and stunning craftsmanship and that is exactly our philosophy at Mahindra.”

Rimzim Dadu said,“I am excited to collaborate with Mahindra and Pratap Bose to create this exclusive edition of Mahindra’s first e-SUV. The Rimzim Dadu Signature Blue color takes inspiration from textiles and is loaded with our signature design elements. It’s been such an honour to work with legendary automotive designer Pratap Bose and Mahindra automotive. As a brand, we believe in striving to work towards a sustainable future and Electric cars are a revolutionary step towards that.”

The bidding for the online auction will open on 26th January, 2023 at 11am. It will run from January 26-31, 2023. The entire auction bidding process will be conducted by Ernst & Young. The auction-winner will not only have the chance to own this Exclusive Edition XUV400 but also contribute towards betterment of society through supporting a not-for-profit organization or sustainability causes such as Clean Air, Clean Energy, Green Mobility and Clean Water.

Unveiled on the World EV Day 2022, the XUV400 is a generously sized electric SUV that boasts cutting-edge technology, powerful features and thrilling performance. The XUV400 is designed to stand out on Indian roads and comes with a signature body colour, with sophisticated copper and blue accents. The stunning performance of the XUV400 makes it the first Indian make passenger vehicle with the fastest acceleration in the non-luxury segment as it attains the 100 kmph mark from standstill in a mere 8.3 seconds and goes on to reach a top speed of 150 kmph. The thrilling performance is matched by its exemplary driving range. A full charge delivers an anxiety-free range of 456 kilometres as per Indian driving cycle standards (MIDC). 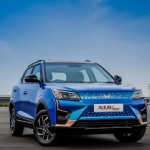 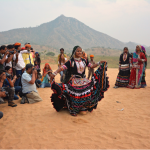 National Tourism Day is celebrated across the country on January 25

National Tourism Day is celebrated across the country on January 25