The newly introduced routes are aimed at business and leisure travellers looking to travel to the Kumaon region and its foothills. Connectivity to Pantnagar will significantly improve the time taken in reaching popular tourist attractions like Ranikhet, Mukteshwar, Mussoorie, Almora, Kausani, Binsar, Ramgarh, Munsiyari, Abott Mount, Chaukari, Lohaghat, Berinag, and Jeolikot. Further, it provides direct access to a host of industrial installations that are based in and around Pantnagar. 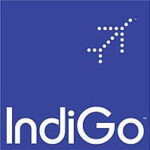 IndiGo announces the resumption of its international operations on 150+ routes

IndiGo announces the resumption of its international operations on 150+ routes