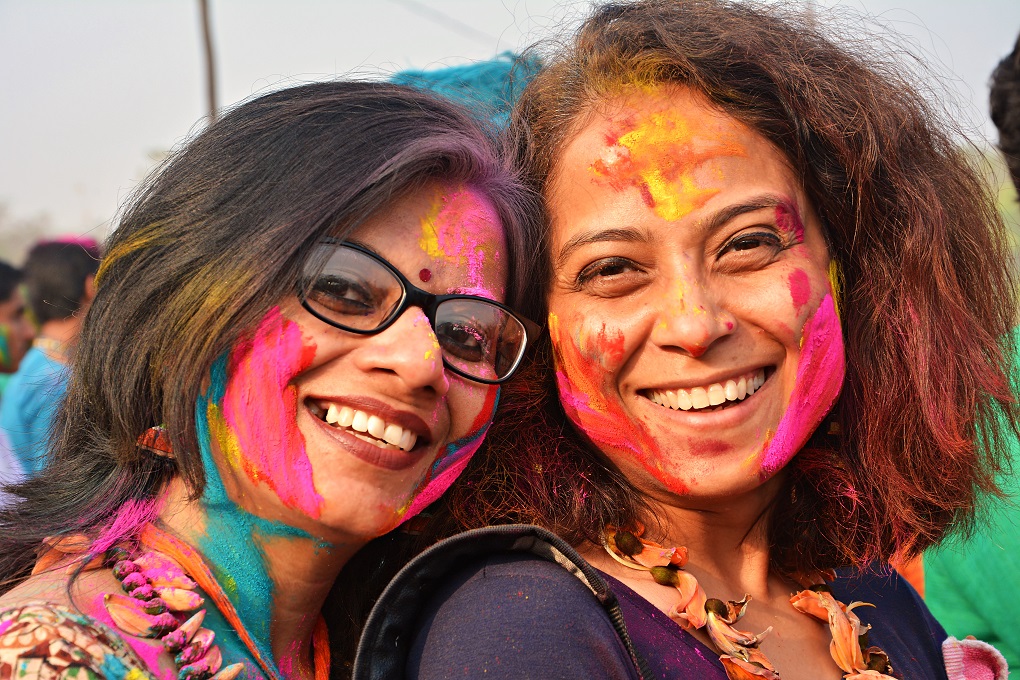 India is indeed as they call it, “the land of festivals” where there is an occasion to celebrate more than anywhere else in the world. It is almost like celebrating each day of the year. Weather to please and pray the God of love, rain, harvest, full moon or wealth – we Indians love to celebrate each and every occasion with dedication, sincerity and joviality.

Inspite of all these waves of celebrations, Holi –the festival of colour is perhaps one of the most talked about festivals in the international platform. Whether it is an international journal, travel show, movies or book of culture and history the Holi in India has always attracted tourists from all over the world.

Although in essence it is a festival of colour , but there is a lot more to this unique tradition than simply throwing colours to each other . Depending upon which part of the country you belong to, the story, the background and the ways of celebration vary interestingly. Considering the diverse socio cultural variance and the enormous size of the country, it is indeed a huge task to talk about all types of Holi – stories in our country. Lets us rather describe four very popular yet different types of Holi celebrations in different parts of India:

The little but immensely popular town of north eastern Rajasasthan Pushkar is the border of mighty Thar Desert. Pushkar is equally famous among both domestic and international travelers for multiple reasons. Photographers and travelers looking to explore typical Rajasthan culture and lifestyle have been coming to this tiny town from all over the world. A Lake city of Rajasthan, the glimpse of the desert, the Camel Festival, 14th century Brahma Temple the simple and happy living people always ready to welcome guests – there are so many perspectives to visit this beautiful place.

But there is a completely different aspect of this holy city of Rajasthan and one can only experience that during the time of festival of colour. Holi in Pushkar is an unforgettable experience for anyone who has seen it. And, yes, this is indeed true, if you are there during this festival you cannot help but being a part of it.

It all began the night before the day of the festival. The locals gather to light a huge bonfire. People join with family and groups and surround the bonfire throwing sticks, garlands etc and in no time the fire becomes enormous. Travelers can either watch it from their hotel windows or nearby café roofs or become a volunteer and feel the heat, quite literally.

On the day of Holi, as they say, all the roads would lead to the Town square. Nothing can prepare you for intensity and assault of the sights, madness and sounds of the celebration there.  All of a sudden you could see the explosion of colour all around you –all over you! Thousands of people – locals, travelers , foreigners completely covered in shades of reds, pinks, blues, greens and yellows dancing on the streets, greeting each other , splashing waters and colours , jumping,  hugging each other , the loud music beats at the backdrop – all that craziness that sums up the Holi in Pushkar. The spirit of celebration would instantly teleport you to a world of carefree merriness.

As in the words of Alex from Holland “The experience of Holi is a little like travelling in India – it’s bewildering, chaotic yet beautiful.”

And if you think the merry making, the dance, the colour and the music that is all you have about Holi in Pushkar- you are far from reality! The craziness turns a complete circle when you would find they tear each other’s clothes and throw it onto the wire and this continues till the wire breaks due to the weight. Yes, that is what is called in local language “Kapde faad” (tear-clothes) Holi of Pushkar – a very unique tradition that adds to the craziness in the air.

So, you know why it is evident that you need to be there to feel it – at least once in a lifetime!

Anyone who has listened to the mythological stories of Krishna – the Hindu God in his or her childhood the term Brij Ki Holi is not an un-familiar word. Even in 21st century the people of Vrinavan have maintained the very unique and customized tradition of playing the festival of colours.

The holy town in Uttar Pradesh in Northern India Vrindavan is known for The Hindu deity Krishna’s childhood place. The town has number of temples, many dedicated to Krishna and his lover, the deity Radha.

It is said that Holi is being celebrated for 40 days in Mathura, Nandgaon, Vrindavan and Barsana. However, mostly the locals and tourists celebrate Holi in vrindavan for four days.

If you are a traveler first time in Vrinavan for the festival of colours, never miss your camera for the unique tradition of women playfully beating men with sticks while men using shields to cover themselves. Yes, you heard it right- and that is what is known as the Famous Lathmari Holi Celebration of Barsana. The people would tell you a very interesting story of Krishna used to come to play Holi from Nandgaon to Barsana where he used to tease women of Barsana & Radha. Women used to hit Krishna & his friends with the sticks. The tradition they claim, continued since ancient times where men of Nandgaon come to Barsana apparently to tease the women there & women of Barsana greet them with sticks.

But if there is lahti, teasing and beating, life also gives you love and flowers. Phoolon (flowers) Wali Holi is as much celebrated at Banke-Bihari temple in Vrindavan. Flowers are showered on the devotees and visitors for 20 minutes’ ceremony.  The temple priests also take part in it with the devotees who come here from all walks of life. Perhaps the only Holi in India where there is no dry or wet colours are used and instead there are flowers all over you.

To conclude, beyond these melodramatic traditions, extravaganza, the delicious foods and drinks (laddu, Bhaang and Gujiyas etc), beyond those craziness of Water guns, dry and wet colours splashing at each other with devotional music playing in the temples and streets- one cannot help but observing the amazing oneness and unity in the mood of celebration among people coming from various cultures, backgrounds, ethnicity, religion and countries. Perhaps this is called the celebration of humanity – all other aspects look much smaller in its shades.

“Oh people! Break open the doors!
There is a spring stir!
On the soil, in the water, in the forest, there is a mad, spring stir!” – (Tagore)

The Bengali version of the festival of colour in Shantiniketan has a very different perspective and sensibilities thanks to none other than Rabindranath Tagore. The Holi festival in Shantiniketan, the serene and tranquil village in the Birbhum District of West Bengal, the abode of the legendary poet, where he founded the Visva Bharati University, is called The Basanta Utsav.

‘Dol Jatra’ or the ‘Dol Utsav’ as the festival is also called in Bengal has been following the path shown by Tagore not only in its tradition and norms but also in spirits. Once which was a little celebration of a small village University – today is no less than a grand Fiesta which attracts tourists, photographers, artists and even film makers from all across the world.

First step into this “adobe of peace” during Basanta Utsav and you will be enthralled by a cultural extravaganza that you have never seen before. The enticing scent of the ‘Flame of the forest’ or Palash as it is called in Bengali, in full bloom during this time of the year, the women in yellow saris , men in white kurtas , participating in a musical dance choreographed to Tagore’s songs in the early

morning, University students , tourists , artists –people from all walks of life greeting each other and together celebrating the day with dance, cultural programs, music, food and, ofcourse playing Holi with dry colour – that is the festival of colour for you in Tagore’s own land. Throughout the day there are various street shows in the form of Baul Songs and dance, Tagore songs, street theatre, recitation at different corners of this green town. An atmosphere of spirited soul all over indeed turns this place into a grand fiesta on this special day.

If you are looking to celebrate a Holi with twist of culture and romance this is the destination for you.

Although the Southern parts of India is not known to celebrate Holi like the other parts of the country, but if you want to experience the festival of colour in authentic south Indian fashion Hampi is your destination.

Hampi is an ancient village in the south Indian state of Karnataka, also known as City of ruins. But the magic of colours , scent of springs transform this small town into a happy zone. The sound of drumming can be heard from various parts on this day along with people dancing in the streets playing with colours with all enthusiasm and vigour. The banks of Tugabhadra river become a ground of merry and exhilaration -a sense of surrealism and timelessness in its mesmerizing boulder strewn landscape, interspersed by enchanting ruins and temples. 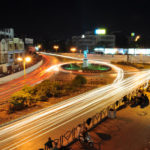 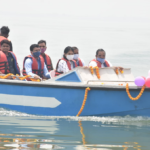