Akshay Kumar, CEO of Mercury Himalayan Expedition passed away on 16th September due to a massive heart attack. The unfortunate and unexpected death shocked the travel industry and everyone associated with him. The 51 year old Mr Kumar was taken to hospital with some discomfort after returning home from his morning cycling exercise. As per a report, Kumar died of cardiac arrest in the hospital.

He was the son of a legendary and celebrated mountain climber and a decorated soldier, Col. Narinder (Bull) Kumar. Besides being a successful professional as the CEO of Mercury Himalayan Expedition, Akshay was also passionate about trekking, mountaineering and skiing.

After doing his white-water rafting course in Canada at the age of 15, he got hooked to adventure in his life. As a professional rafter, he did raft in over 30 rivers in India and Canada. A skiing enthusiast, he was also a national champion for two consecutive years. 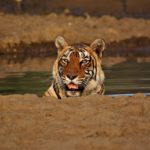 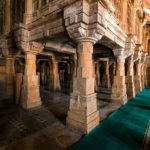