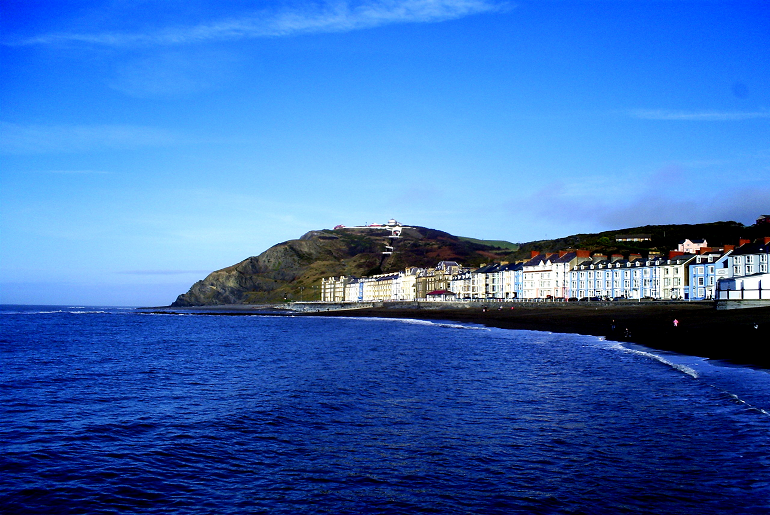 As we enter the new year, South Africa marks the completion of 30 momentous years of the bilateral relationship with India. The two countries have always shared a strong friendship and camaraderie and this bond dates back over a century. Both countries have been each other’s closest allies and pillars of support in driving mutual growth. India and South Africa share deep historic ties – both countries’ Independence struggles are deeply intertwined with each other. South Africa was the initiating ground for Gandhi’s journey to become a Mahatma, a turning point that went on to influence world history.

Besides sharing deep historical and political ties, the mutual love for all things cricket, rich heritage and warm hospitable culture and cuisine is what brings the two countries even closer.

As they say in India, the Indians live and breathe cricket. South Africa on the other hand, has always been a great cricket-playing country.  India and South Africa share great relationships both off and on the cricket field. Cricket teams of both countries are counted amongst the fiercest teams in the world. The cricketing roots of India and South Africa date back to the 1990s. Post the end of the apartheid regime in 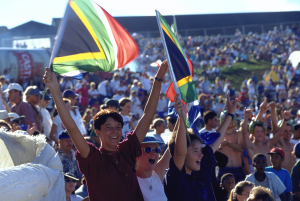 South Africa, India took the lead and was the first country to invite the South African cricket team for their first international series after decades of the boycott. Later, South Africa reciprocated this gesture of goodwill and India became the first country to play a Test series in South Africa during 1992-93 which was a huge moment for South African cricket. South Africa has some of the most popular cricket grounds in the world like Kingsmead Cricket Stadium, Sahara Oval St. George’s Park and Buffalo Park. The Kingsmead ground is also known for witnessing Yuvraj Singh’s famous record of hitting six consecutive sixers in the 2007 T20 World Cup.

For the Love of Bunny Chow

Food is indeed a universal connector – it has the power to transcend cultural and social boundaries. South Africa’s lip-smacking street food, Bunny Chow (also known as the ‘bunny’) has Indian origins. A trip to the Rainbow Nation is incomplete without tasting the famous Bunny Chow. It is basically a hollowed-out loaf of white bread filled with vegetable or mutton curry. Though this dish is rare in India, it is an extremely popular dish in the Rainbow Nation which is sold everywhere – from luxurious casinos to tiny eateries. It is said that in the 19th century when both countries were British colonies, Indian migrant workers needed a way to carry their lunch to sugarcane fields. 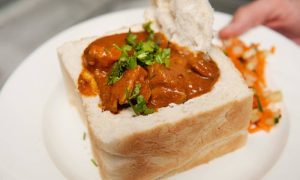 Filling hollowed-out bread loaf with vegetable curry was a convenient way to do this which gave birth to the famous ‘Bunny Chow’. It is believed that it was sold mainly by the Indian Bania community which derives the term ‘bunny’. In the local dialect, the word ‘chow’ is slang for food.

Besides Bunny Chow, some other Indian dishes that appeal to the taste buds of the natives include samosas, vindaloo, chutneys, and chicken tikka.

The third most populous city in South Africa, Durban shares close emotional and cultural ties with India. The lively culture of Durban is as much Indian as it is South African, making you feel at home as soon as you step into the city. In fact, Durban is home to one of the largest Indian communities that reside out of India. Almost every one in three people residing in Durban are of Indian origin. With their rich cultural practices, unique fusion cuisines, sacred traditions, South African Indians form an integral part of South African society. In every nook and corner of Durban, you will find a glimpse of Indian culture whether it is through flavourful spices and curries, traditional clothing, music and dance. You will be sure to witness a beautiful amalgamation of cultures in Durban which boasts of cultural harmony and peace. 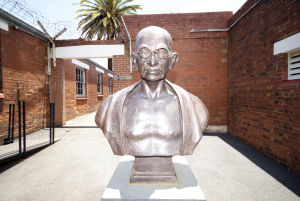 India and South Africa have remarkable freedom stories which have made their way into the world history books. You cannot talk about the independence struggle of one country without mentioning the other. Both countries have gifted the world with two of the greatest revolutionaries – Mahatma Gandhi and Nelson Mandela. One place that held leaders of both countries would be the Constitutional Hill in Johannesburg, which functioned mainly as a prison. It was here that many passive resistors and freedom fighters including Mahatma Gandhi, and Nelson Mandela were held. The site has two permanent exhibitions that revolve around the lives of both these revolutionaries. A walk-through Number Four section of the prison, reading up on the horrific conditions of the time and the difference in how prisoners of different races were treated, quickly hammers home the need for radical reform and equality for which Mandela was fighting – and ultimately achieved. The Constitution Hill in Johannesburg is now a fascinating museum and the home to South Africa’s constitutional court. 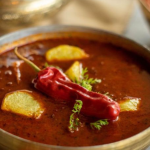 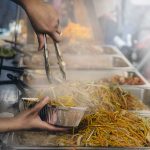